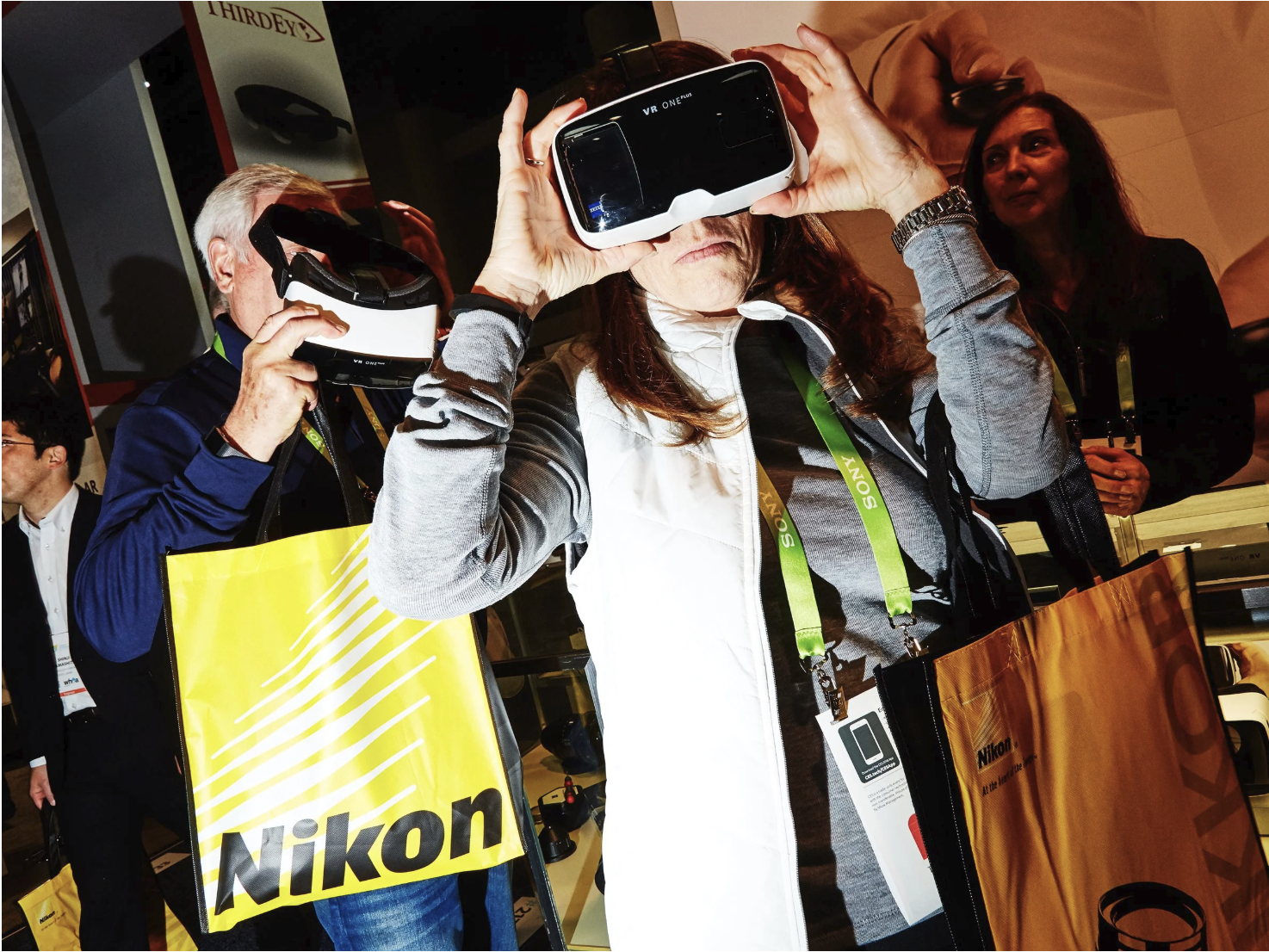 Next week at CES, an 18-year-old computer-vision company called HumanEyes will show off a virtual reality camera called the Vuze XR. On Tuesday, the Consumer Technology Association, which hosts the giant electronics show, will assemble a group of people who will prognosticate on the money-making opportunities for XR.

Qualcomm, in a recent presentation from Hawaii about its new Snapdragon chip, called XR the “third pillar of entertainment,” showing a graphic of a smartphone-powered “XR viewer” as well as standalone “XR glasses.” Last year Microsoft opened up “makerspaces” for people to visit and learn about the latest in XR tech.

“XR does not refer to any specific technology. It’s a bucket for all of the realities.”

It’s a real thing but also, not a real thing. Depending on who you ask, XR can either encompass a bunch of immersive video standards; suggest an intensified media experience; or just serve as a catchall phrase for AR and VR—marketing speak, really.

It’s also not a new naming convention. That means Apple’s new-ish iPhone XR, which was reportedly either named after nothing or after Apple executive Phil Schiller’s love of things that go vroom, is not at all responsible for the trend.

“XR does not refer to any specific technology,” says Jim Malcolm, general manager of HumanEyes. “It’s a bucket for all of the realities,” meaning AR (augmented reality), VR (virtual reality), and MR (mixed or merged reality.) Malcolm goes on to explain that HumanEyes gave its new Vuze camera the “XR” moniker because it captures both 360-degree, “flat video” in 5.7K, and 180-degree, stereo or 3D video in 5.7K. Attaching “XR” to the product name, then, is supposed to signal that it does something more; while simultaneously simplifying things for an entire population of consumers who still haven’t fully grasped AR/VR/MR.Whatever Reality

“XR” has been used to describe some sort of visual extension of reality for decades. It has referred to cross reality, and also, extended reality. Wearable computing researcher and inventor Steve Mann has used the phrase “mediated reality” in the past; more recently he has proposed the term “*R”, with an asterisk, to signal all mediated realities. In a white paper published last April, Mann notes that photographer Charles Wyckoff filed a patent for an “XR” film back in the 1960’s, “which allowed people to see nuclear explosions and other phenomena beyond the range of normal human vision.”LEARN MORE

The WIRED Guide to Virtual Reality

Sony has frequently attached XR to its products and standards, like in 1988, when it added “extended resolution” to its Hi8 and older Video8 video formats. A Wikipedia entry for XR in computing even credits Sony with the trademark for “XR” and “X-Reality.” Turns out that’s not entirely accurate: A spokesperson for Sony tells WIRED that while the company has included XR in some trademark registrations in the US Patent & Trademark office, and has included “XR” in its marketing for certain products, Sony Electronics doesn’t have any registration or intellectual property rights in the letters “XR” alone.

More recently, though, XR has become a kind of umbrella phrase for the next-level digital content that tech companies like Microsoft, Samsung, Apple, Google, and Facebook are pushing onto our phones and, in some cases, directly onto our faces.

All of these companies have different ideas for how real-world imagery and virtual imagery should co-exist. Some think it’s on a mobile display, others believe it’s through smart glasses, and other experiences require your head to be fully enveloped in a VR headset. Some headsets offer three degrees of freedom; others, “6DoF.” Not to mention all the different video standards that are used in making the stuff consumers are supposed to be looking at.Platform Play

With so many digital manifestations of reality, things quickly get disorienting. The term XR is supposed to help ease that confusion. Last summer the tech consortium Khronos Group launched an initiative called OpenXR, which includes some of the aforementioned companies, to create a common programming interface that “all XR runtimes can expose.” In other words, all of this might be more accessible in the future when developers are able to make apps that aren’t so strictly placed in one AR or VR category versus another.

That might help developers, but you could hardly be blamed if you’re still scratching your head every time you see “XR” attached to an image of a person wearing a face computer, or used in the naming convention of a new camera you’re thinking of buying.

Malcolm from HumanEyes says he thinks “consumers are pretty smart and will pick up on the fact that XR means, ‘This thing works across different platforms.‘ But at the same time, it’s our job to market it so we don’t confuse people.”

Hugo Swart, head of XR at chip maker Qualcomm, acknowledges that XR is basically a summation of all of these existing realities, ones that most people are still learning about. “I think it would be misleading to call any one device today an XR device,” he says.

But, in the future, Swart says, he believes an actual convergence of technology will occur that will justify the “XR” moniker. The same tech that’s in a bulky head-mounted display will be in AR glasses, and realities will be easily “tuned” to different levels. “We can have simple overlays in front of our faces, or we can end up in a place in the future where 95 percent of what I see is digital and five percent is real,” Swart says, “and XR will apply to all of these levels.”